With the best waste reduction and recovery efforts, there remains some unavoidable waste residue requiring disposal of safely in strategically designed and well-managed landfills equipped with anti-pollution devices. SUEZ NWS is operating two strategic landfills in Hong Kong, locating in the west and northeast of New Territories, both ranking the three mega landfills locally. Since 1994, SUEZ NWS has been commissioned to design, construct and operate North East New Territories Landfill (NENT).

An international metropolis troubled by waste

As an international metropolis with over 7 million population, Hong Kong produces about 6 million tons of waste annually, in a rising trend in the past few years. Facing with the challenges of high population density and limited land resources, waste management is no easy task. A well-managed landfill could be a safe and reliable place for unavoidable waste and the valuable land space could be utilized again after the landfill ceases to operate.

Our solution
SUEZ NWS is specialized and experienced in design, construction, operation, closing and restoration of landfill, as well as energy extraction from landfill in operation or after closure. The company applies professional management to ensure the safety of the landfill and its harmlessness to the environment; and aftercare for 30 years after the landfill is closed. 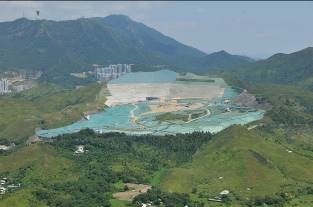 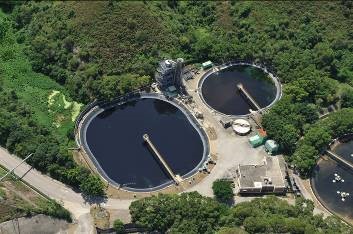 Larger Image
NENT is laid with and protected by impermeable liners at the base and protective cover on the top to prevent infiltration of rainwater and leakage of methane. A drainage system within the waste mass is also in place to collect leachate, which is then channeled into the leachate treatment system for further processing. The current leachate treatment annual capacity at NENT is 350,000 m3.
The process of waste degradation gives off landfill gas such as methane, which will be collected by the gas well and piping system in the landfill. After purification, the collected gas can be used as energy source to produce heat or electricity for the landfill’s consumption, while any surplus methane can be exported outside the landfill for external use. For example, part of the treated gas will be delivered via a 19km pipeline to Towngas’ plant in Tai Po as an alternative heating fuel for its production. 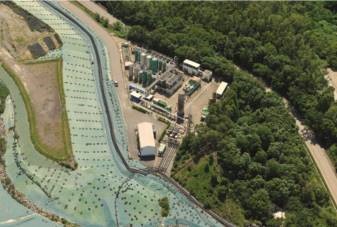